While in San Diego for the long weekend in June, my family and I decided to take a half day trip to La Jolla, a neighborhood about 10 miles/16 kilometers from San Diego center.

We arrived around 9h30 to first check out Sunny Jim’s Sea Cave, a 100-year-old former smuggler’s tunnel that leads to a picturesque cave looking out to sea. It was a steep $10 admission fee per person, but it was really cool descending the dark, slightly wet wooden stairs down to the sea cave entrance. And the mouth of the cave itself was fascinating, as its shape resembles the profile of a goateed man– Sunny Jim himself, perhaps! 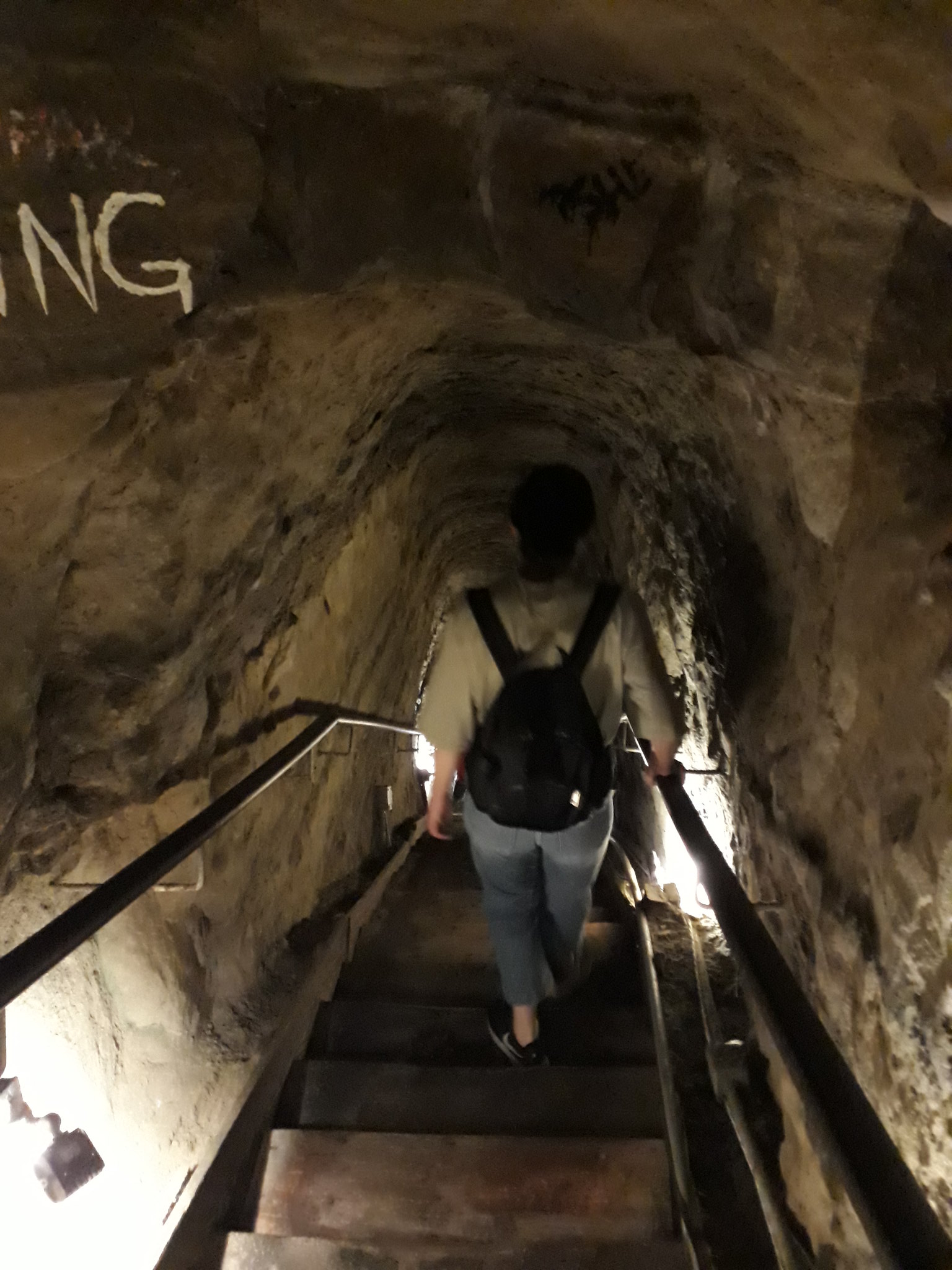 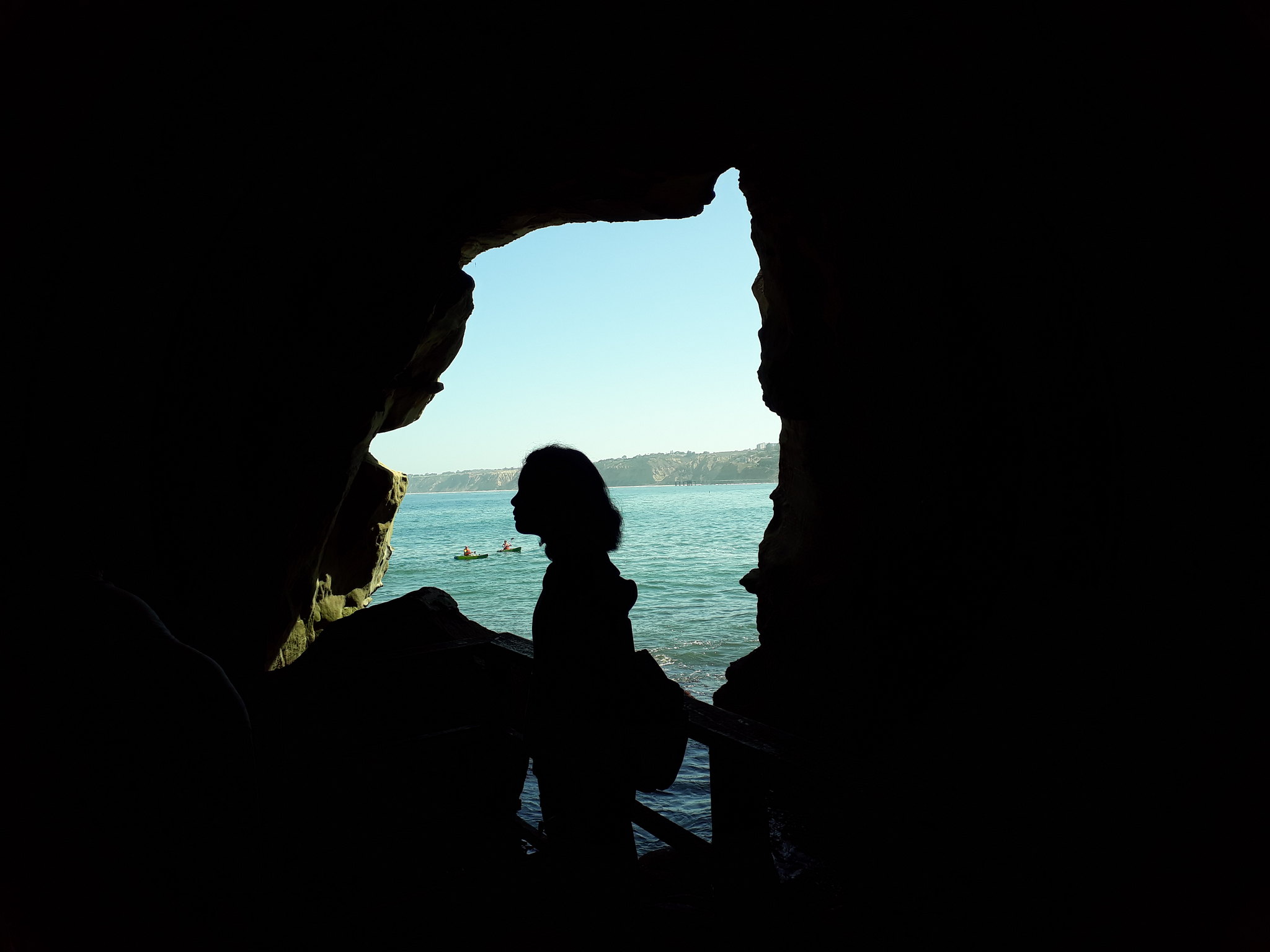 It was then a matter of strolling the boardwalk of La Jolla, along the water. We saw tons of sea lions out and about, lounging or caring for their adorable pups. There was also this neat, Turkish coffee truck along the walk, and the hot lavender latte I got really hit the spot. After a stop to admire the undulating tide pools at La Jolla’s Hospital Beach, we left the beachside to head into town. 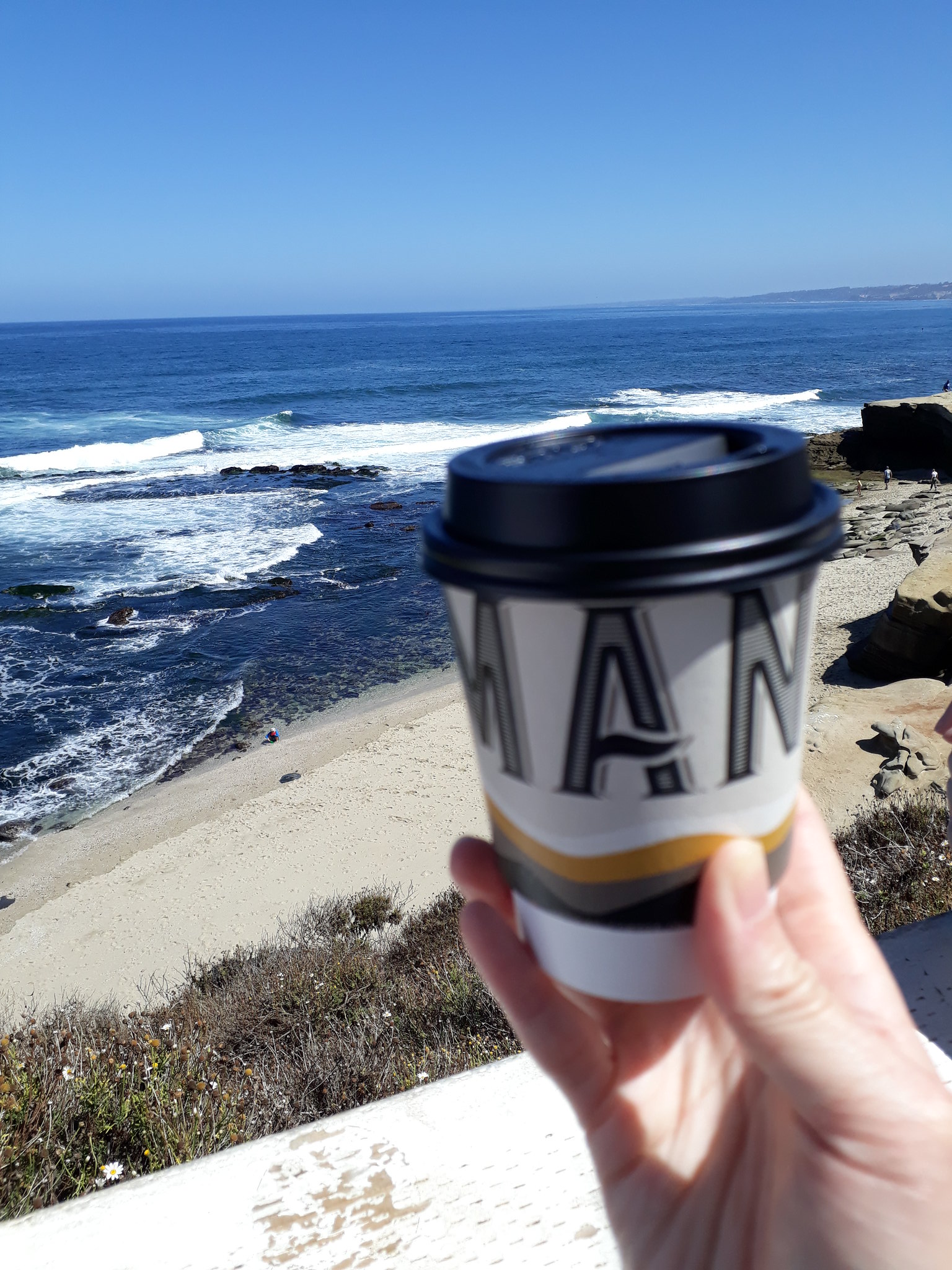 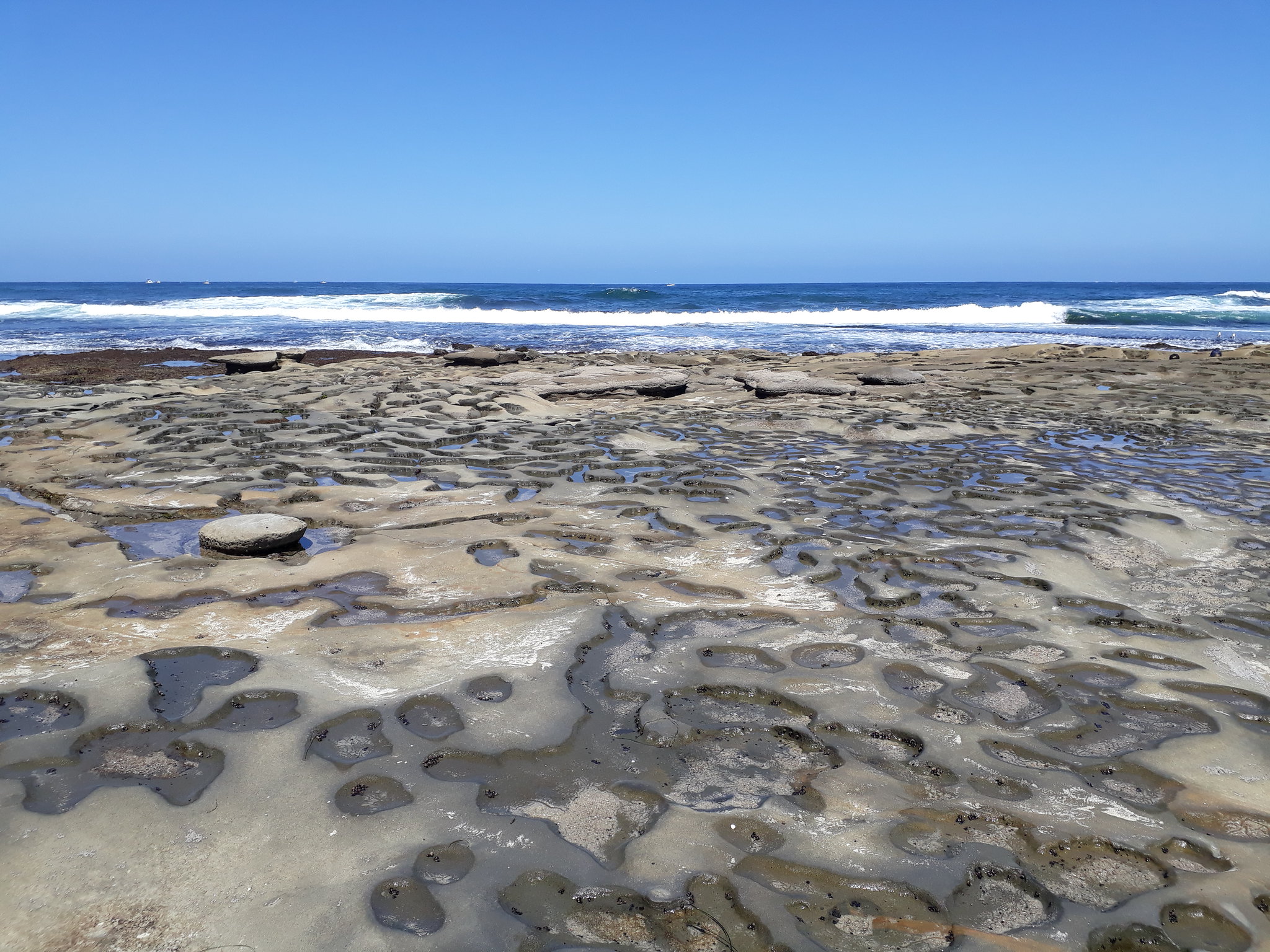 We got tacos at La Jolla’s famous institution: The Taco Stand. There was a bit of line, and although it took about 15-20 minutes to get our tacos, we actually beat lunch rush hour– by the time we finished eating and left, the line was wrapping outside and around the block! The tacos were outstanding: al pastor and carnitas were incredibly flavorful and the texture of the latter was crispy, slightly smoky, and oh-so-good. 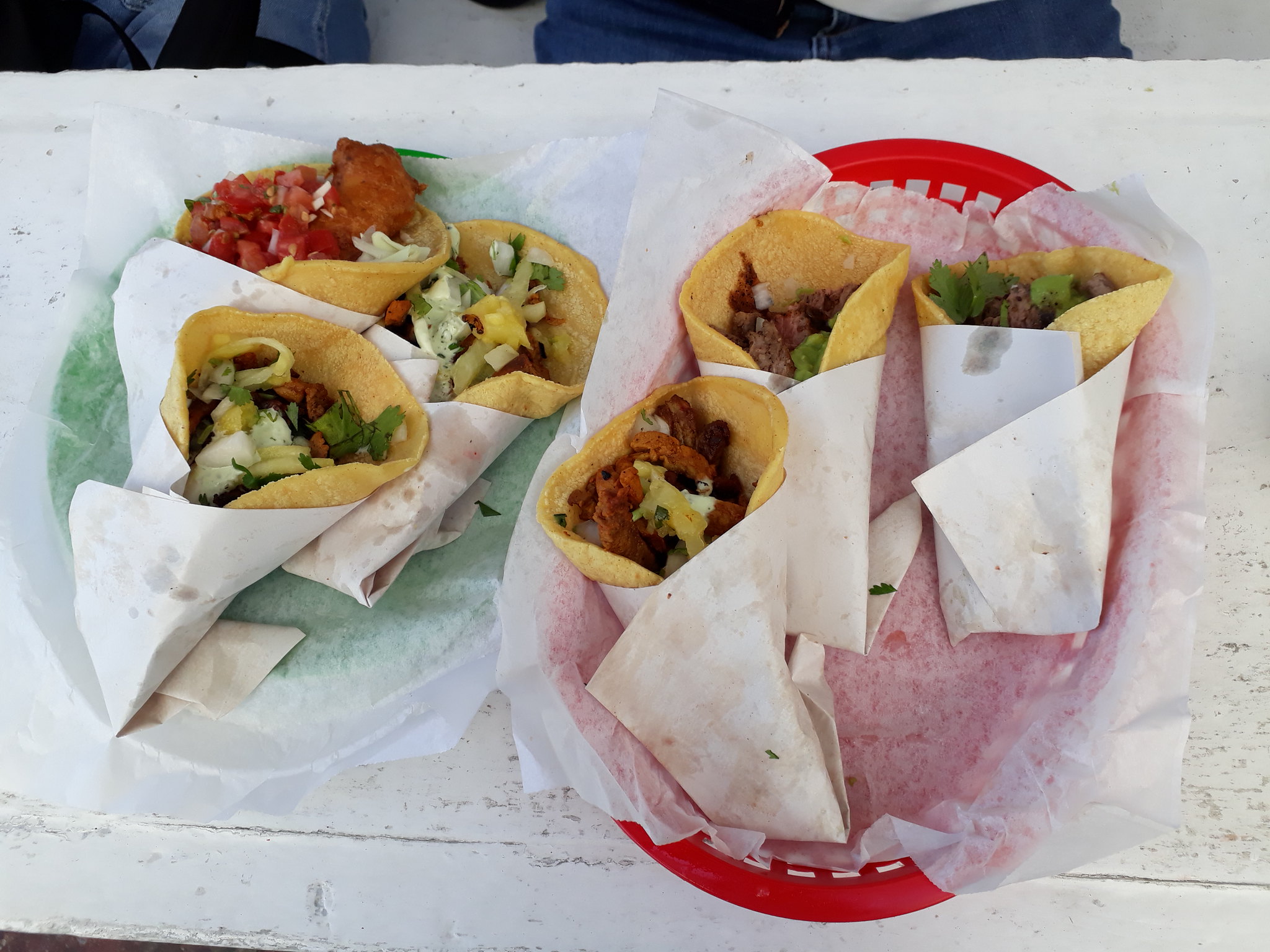 Afterwards, we headed to the Scripps Institute (in UCSD) to hike up and check out one of the Hidden Swings (which actually isn’t that hidden) to take some photos and swing on it. The views from the top of La Jolla were STUNNING– honestly, I found the views more worth it than the actual swing itself! We soon ended up returning to San Diego proper for the rest of the afternoon, as we wanted to do other activities in town, thus concluding our time in La Jolla. 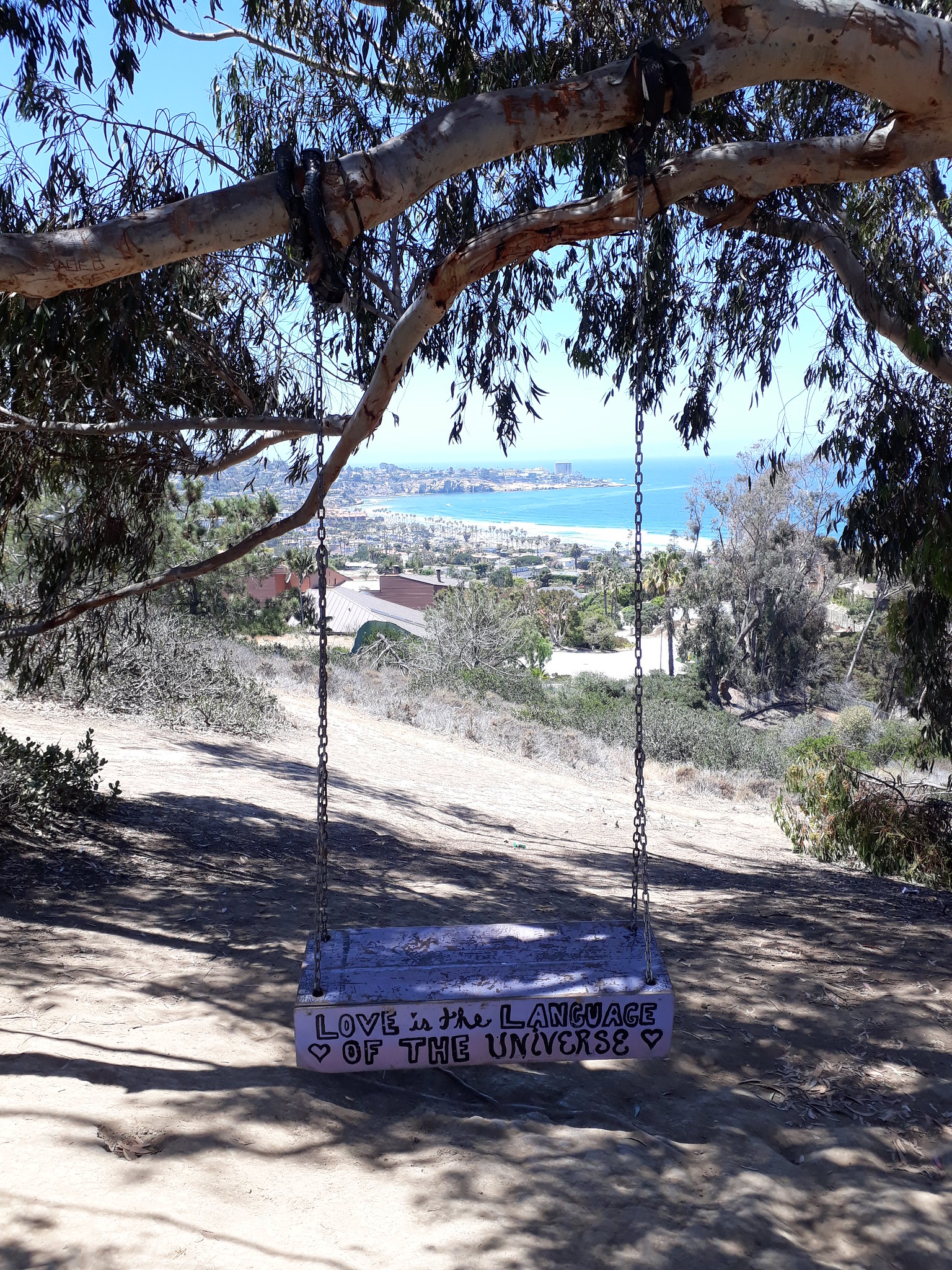 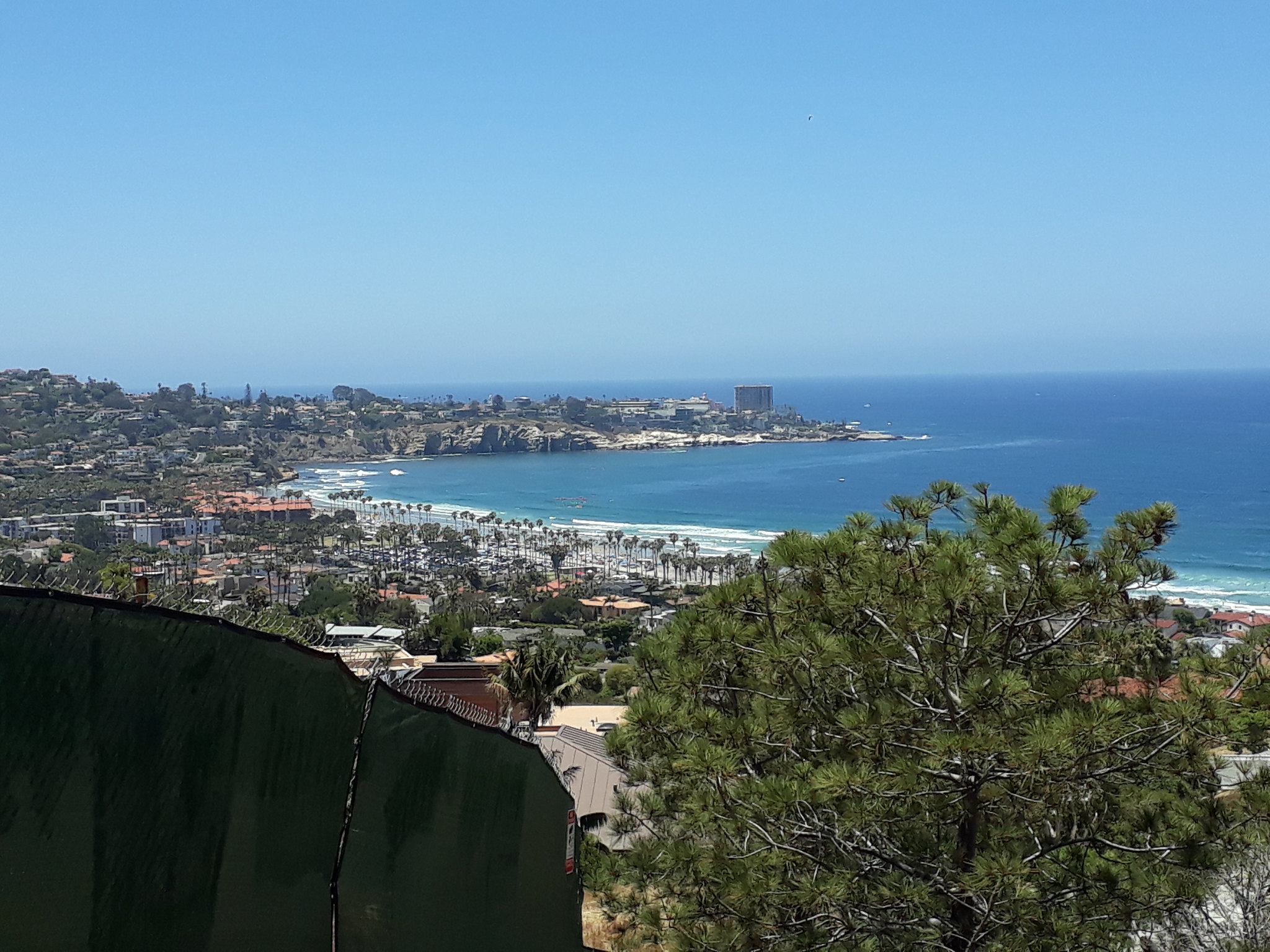 …and that’s about it for my time in San Diego (and its surroundings)! It was a short weekend away, but a much-needed break from work and stress. Lots of sunny weather, stunning beaches, and good food consumed. Getting horribly sunburnt wasn’t great, though…all the same, San Diego is a place I’d love to return to again soon, especially to make up for lost time after over 20 years of not returning! Thanks for reading, and I wish you a wonderful day! 🙂