It has been a minute since I last offered a baking recipe. I’ve actually been baking a considerable amount since this summer, mostly to experiment with new recipes and testing my coworkers out as guinea pigs for the taste test. 😉 I’d bought a massive jar of Nutella, and I’d used some of it for another recipe (Nutella cookies), but I still had 40% of the jar left afterwards. That said, a brownie recipe would be an easy way of using up the remaining amount of it! Add a bit of sea salt (or any sort of coarse salt, really), and it’s the perfect combination of sweet and (slightly) salty! Here’s the recipe. 🙂 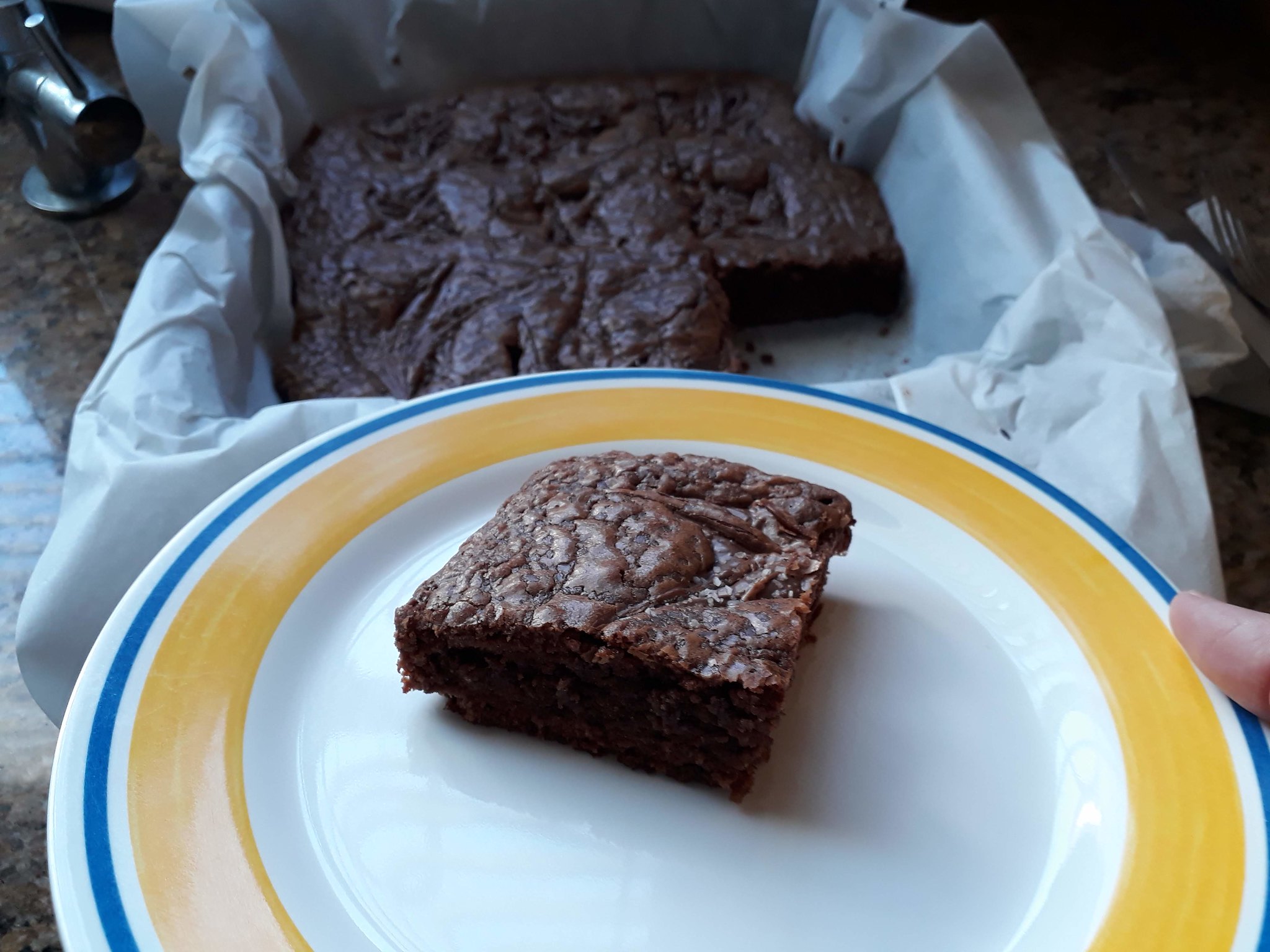 inspired by this recipe here

Using an electric mixer, beat softened butter for one minute until creamy and smooth. Add brown sugar and beat until smooth.

Mix in eggs and vanilla extract. Then mix in Nutella.

Turn off mixer and fold in flour and salt until just combined. Do not over mix, or the brownie will turn out tough.

Pour batter into tray. Dollop the remaining 1/4 cup of Nutella as spoonfuls evenly on top. Using a butter knife, create swirls on the surface of the batter. Sprinkle sea salt (or coarse kosher salt) on top for garnish.

Bake in the oven for 35 minutes or until a toothpick inserted comes out clean. Let the brownies cool for at least 10-15 minutes before serving.