Growing up in Los Angeles, I am surprised that I haven’t gone out that often to explore the sights and sounds of this massive, sprawling city. I attribute it to the fact that I live in a suburb of the city, which is quite far from the main sights that visitors usually frequent whenever they’re in town. That said, it wasn’t until I was in college (and beyond) that I started to venture out and be a “tourist” in my own city.

I have actually written about some of my adventures in Los Angeles before, but that was merely dedicated to food, as the city serves some of the most multi-cultural cuisines I’ve ever experienced (you’re free to read the posts starting here). For the sake of this post and others following, I will focus on the sights and attractions, so as to offer a more-comprehensive look into what this metropolitan area has to show, both for locals and visitors.

This spring, my family and I went to Antelope Valley, an area in the very north of Los Angeles County that’s known for its fields of bright-orange poppies, which bloom from mid-March to mid-May. These vibrant flowers are native to California, and considering I’d never been able to see them for myself, it merited a day trip to see them while they were still in bloom. 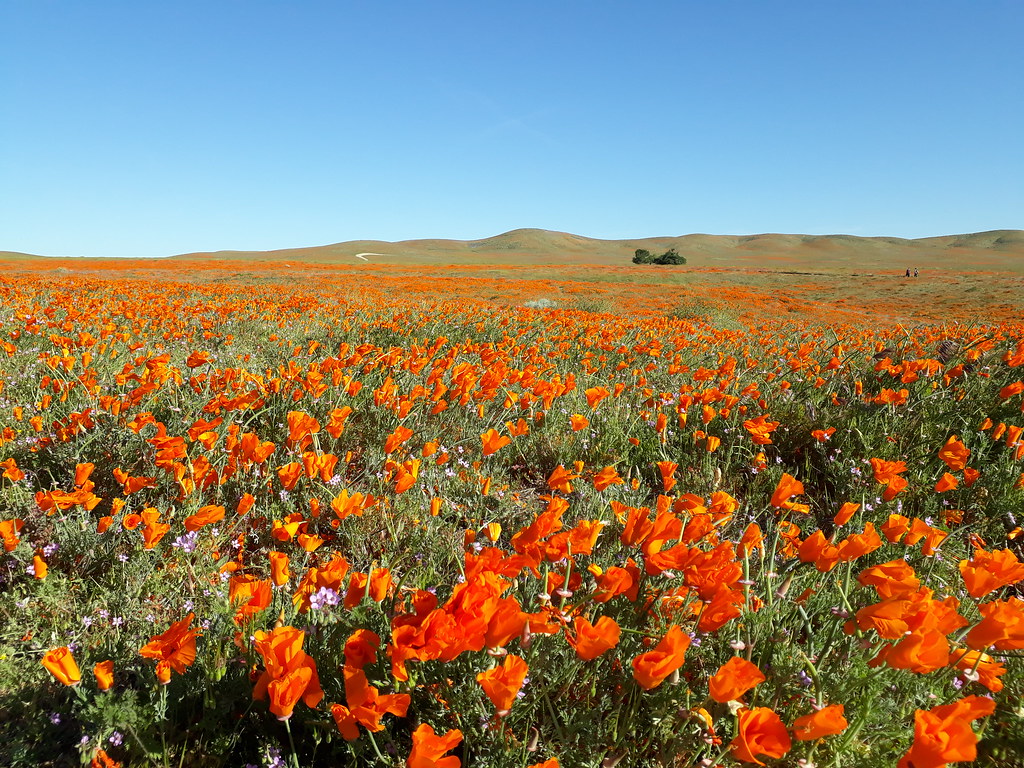 We went in late April. Granted, COVID lockdown restrictions were in effect then, but we went early and made sure to cover up with face masks while out in public. We left at 6:30 to make the 90-minute drive over– yes, Los Angeles is THAT huge. The distance was easily over 90 miles (145 km), and it already took close to an hour just to past Downtown alone. We also saw changes in the city’s geography, as we went from the beach to the green hills to the arid desert on our drive over– it astounded me just how diverse Los Angeles is, and just how much land it covered for a single city!

Around 8:00, we reached Antelope Valley. The reserve in which one could see plenty of poppies was actually closed due to COVID-19, but I’d heard from my friend who’d gone a few days before I did that there were several patches of private property that were accessible, so we went there. 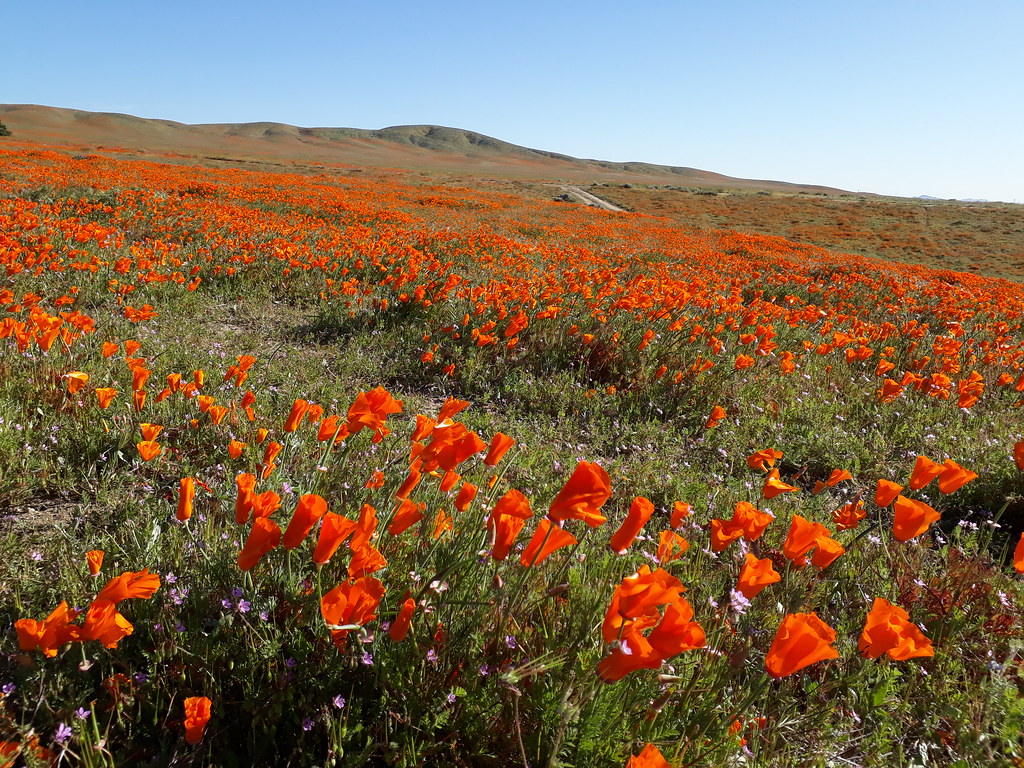 Now, I am well-aware that ideally, we weren’t supposed to trespass, but honestly, there were already other visitors roaming the spot. I really don’t think the property owners care, either, as long as one isn’t picking or sitting on the poppies, as they’re grown naturally and extremely difficult to grow back if disturbed. 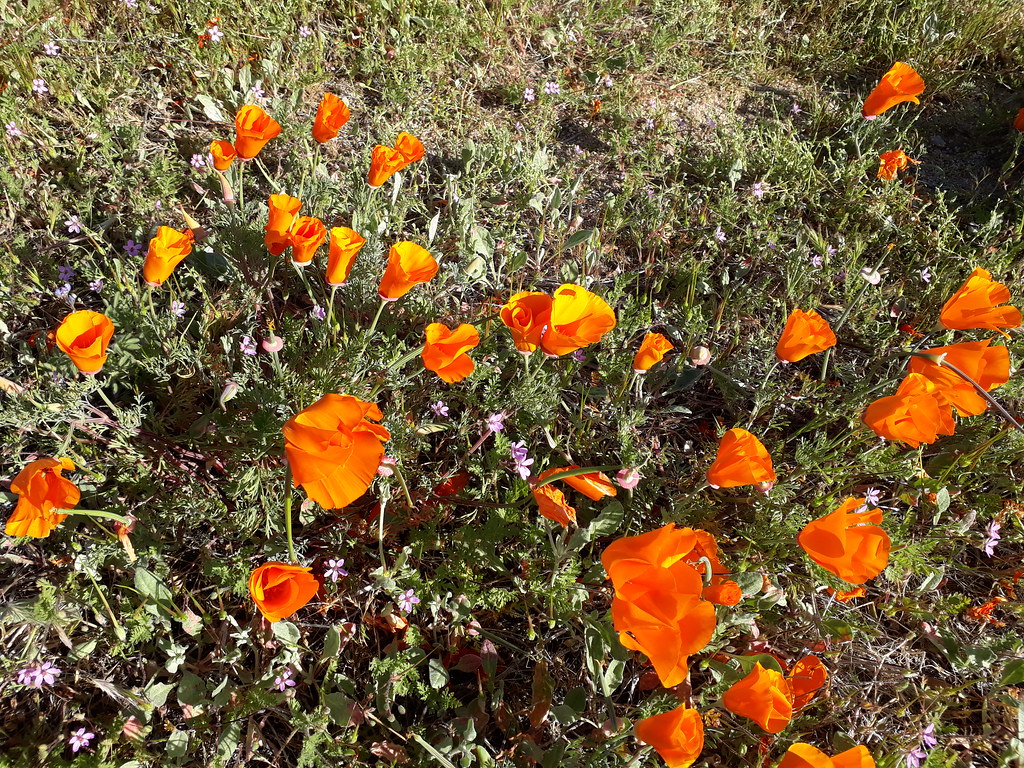 As we were literally in the arid valley part of Los Angeles, it was already pretty warm, even in the early morning. Not to forget SUPER windy; I knew that it would be so, but I severely underestimated just how crazy it was. Despite tying my hair up, the wind whipped through the place, and it was kind of a struggle walking the fields without having to push through the force of it all.

The poppies were beautiful. Heck, more than beautiful: it was like being in a valley of fire, with everything so bright and orange. Some of the best shots were in three locations: 1) the fields with a small barn in the backdrop, 2) the sloping hills in the distance, and 3) power lines in the distance. Each offered a unique perspective of these wild flowers, and it was nearly impossible to stop taking so many photos of the beauty of them all. 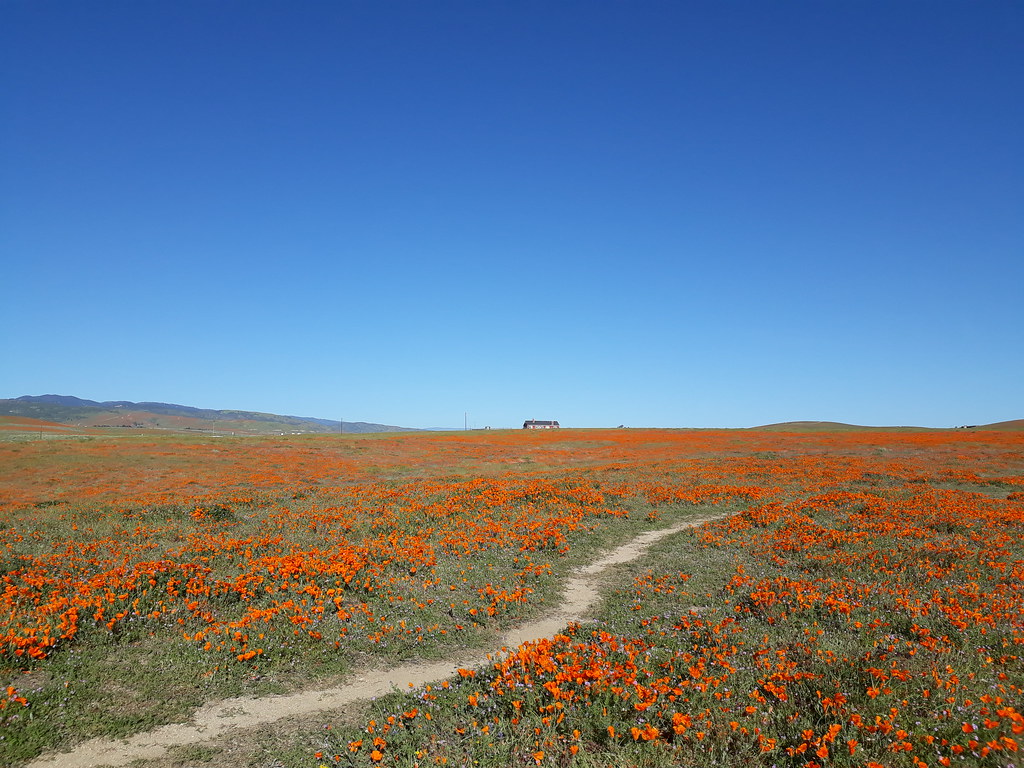 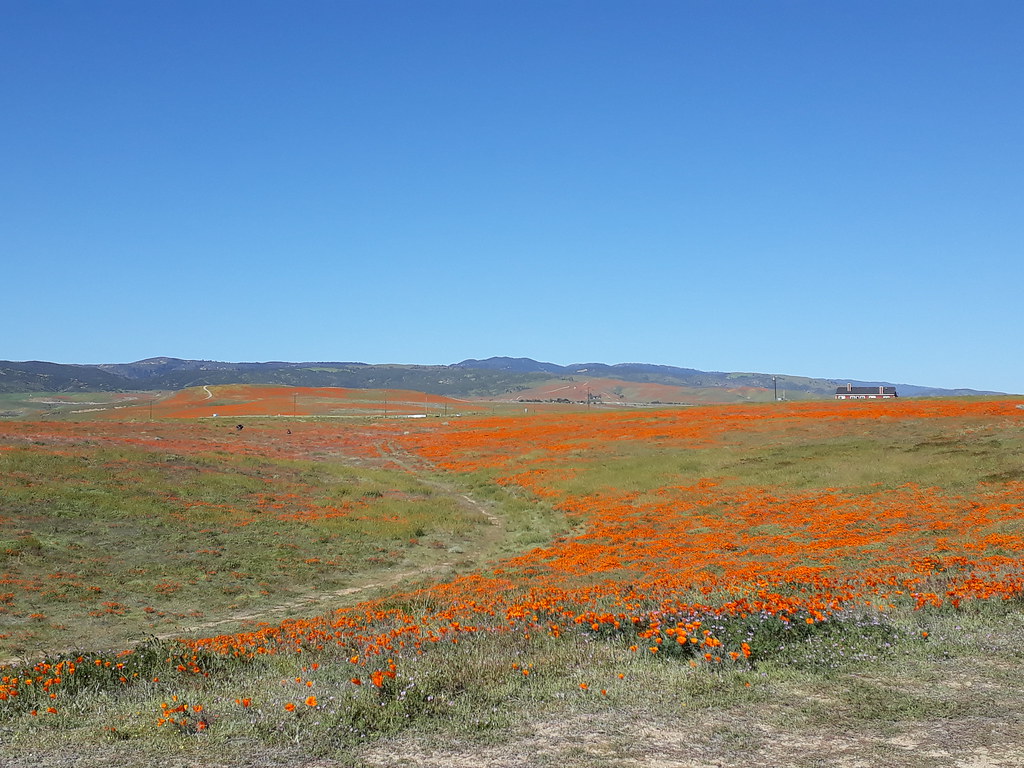 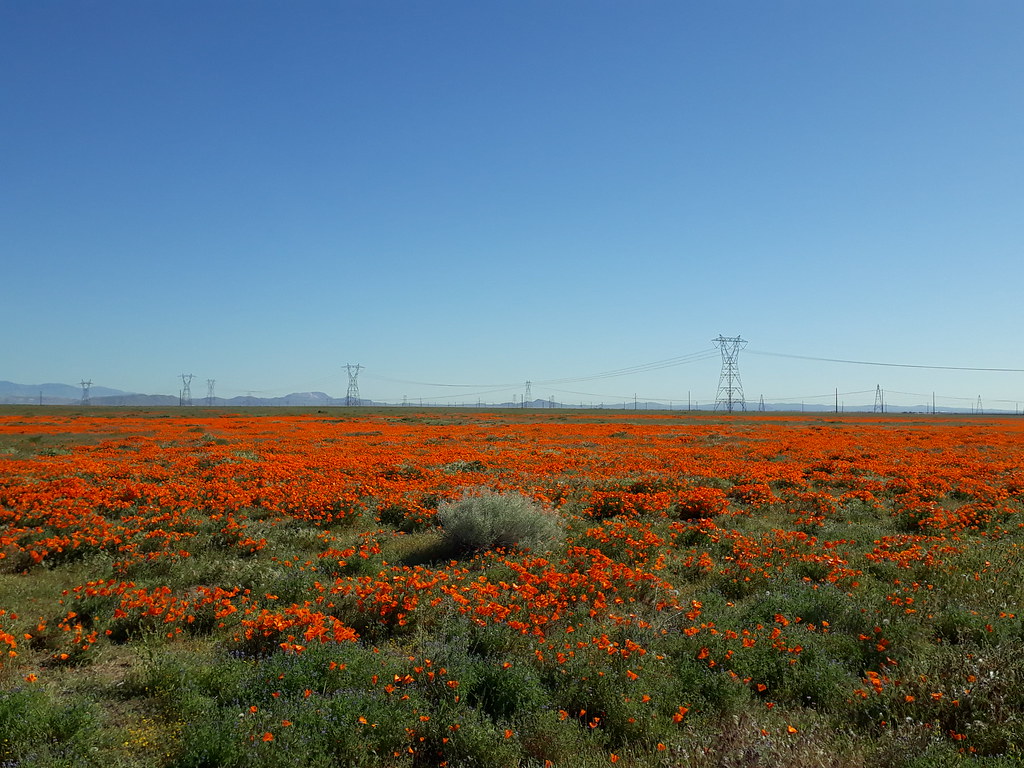 We didn’t spend too much time in Antelope Valley, partly because the flowers were all there was to see (no real tourism office, restaurant, or civilization in the area) and partly because the crowds were starting to show up towards the end of our visit. That said, we headed home and returned by noon tired, but content that we saw such a fleeting, but beautiful gem of Los Angeles.

Alas, the poppies have wilted and died since then. Again, the flowers have a very short season, and we’ll have to wait until next year for them to flourish once more. Until then, I’m extremely happy to have finally gotten to see them, as it’d been on my list of places to check out. Definitely encourage you to come see them for yourself, especially if you’re in Los Angeles during the springtime!

Thanks for reading! More of my adventures in Los Angeles are coming soon!