Welcome to this month’s “Man Crush Monday,” in which I share my current male celebrity crush with you. In honor of yesterday’s “Sunday Slow Jam” post, I’ve decided to feature none other than Larry Mullen, Jr., the drummer of the Irish band U2.

I wouldn’t actually say that my crush on Mullen, Jr. has been just recent. In fact, it has been more than just recent, dating all the way back to when I was a kid and first discovering U2’s music, courtesy of my dad who grew up listening to the band. I caught on as well, enjoying their music and everything. It was also when I discovered Mullen, Jr., and I was immediately swept away by his boyish looks, somewhat of a James Dean-style that made me fall in love with him ever since. It’s actually a bit strange to have a huge crush on a celebrity who is around my dad’s age, but all the same, Mullen, Jr. doesn’t seemed to have aged at all since the band’s debut back in the late 70’s. He still looks fit as a whistle, with carved cheekbones, earrings for that bad-boy appeal, and a youthful charm that doesn’t seem to be going anywhere anytime soon. 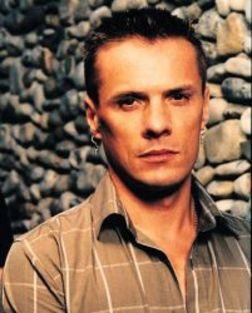 Give Larry Mullen, Jr. some love, will you? Enjoy your week!