A while ago, Melissa from The Bookish Wanderer tagged me in the “Music is Life” tag, which she created herself. I am honored to be a part of this tag, and I thank her for including me (as well as being a great blogger—you rock!). 🙂

1. Suburbia – Name an artist (or band) that you can fall in and out of love with, but will always return to.

Eminem—although I wouldn’t say that I’ve loved every single track, let alone album he’s put out over his long career, I have deep respect for his rapping abilities and I can say that I’ll continue to return to him whenever he releases something new.

2. Last Day Alive – Name an album that could be the soundtrack to your life. 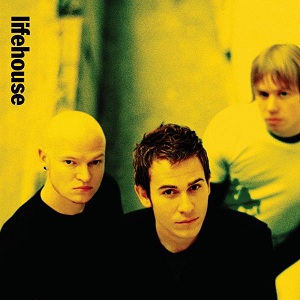 Lifehouse’s eponymous album (2005). Filled with crooning melodies and infectious hooks, Lifehouse showcases some of the emotions I’ve felt from my pre-adolescent years (when this first was released) to my adult years: angst, wonder, hope, and love.

3. Mad Sounds – Headphones or earbuds? I’ve rarely even worn headphones, relying on earbuds to play music, so I’d have to go with the latter!

4. On Hold – What is the number one artist (or band) that is on your concert bucket list?

Coldplay—I’ve been a fan of them for a long time, and while I’ll be honest and say that they aren’t my most favorite band in the world, I do admire the energy they give to their performances. During my last year of college, they actually played on my campus, but of course, tickets were sold out before I could even get to them! That said, I’d love to see them in concert one day!

5. One Love – If you had to listen to the same album for the rest of your life, what would it be?

I would have to go with Lifehouse again, as discussed in point #2! Each track can pretty much be stand-alone on their own, and consistently so. Overall, it makes for a feel-good album to enjoy at any point in life!

6. A Little Help From My Friends – What is your anthem song between you and your best friends?

Closer by The Chainsmokers— Embarrassing as it is, this was what I sang with my flatmate friends in France this entire past year; we would turn it up every Friday night after a *little* too much drinking and just let ourselves go. Stupid, to say the least, and we knew it was stupid, but all the same had fun regardless!

Can’t Stop the Feeling by Justin Timberlake— Besides having such a catchy, jazzy-bluesy-pop melody, the video itself is so energetic that it’s almost impossible to jam along to it, whether in your car or in your room at night. Plus, it makes for a great song for everyone– young and old alike– to dance to!

8. Something Just Like This – What song screams ‘epic love’ to you?

Superman by Bon Jovi— Corny as the song and lyrics go, I couldn’t help but fall in love with its cheesiness. Bon Jovi was certainly going for that epic-rock love anthem, and it certainly works like a charm!

9. Cherry Wine – Name a song you love that isn’t what it seems at first!

Girl Crush by Little Big Town— Although simple in melody and *seemingly* lyrics, you have to listen really closely to discover that it isn’t about a same-sex attraction, but rather wanting to be like the girlfriend of a (male) lover. Otherwise, it’s a really soothing song, albeit with tricky lyrics! 😉

10. After Glow – Name a song that will always put you in a good mood no matter what.

Carry Me by Kygo featuring Julia Michaels— With its sunny, tropical-house beats and hopeful lyrics about love and support through tough times, it’s certainly a good song to kick back and enjoy during the long summer!

Forever by Drake, Kanye West, Lil Wayne, & Eminem— Back in high school, I was a wannabe thug who would jam out to this song anytime it came on on the radio. It’s such an underrated song, even with its boastful lyrics from some of the most iconic rappers in our (millennial) generation. Definitely could feel the swagger just ooze out with each rapper’s verse!

12. Bad Habit – What is your ‘guilty-pleasure’ song that you know all the lyrics to?

What Dreams Are Made Of by Hilary Duff— Having just recently re-watched The Lizzie McGuire Movie, it brought back a flood of memories for me as a tween (embarrassingly so…). Learning to embrace the cringe, though, and listening to this sweet, almost saccharine, pop song works! 😉

13. Digital Bath – CD or downloads? Only just a couple of years ago was I still a CD junkie, listening to and transferring them to my computer to later store on my iPod. Now, with moving around for work and travel, it’s harder to keep track of CDs, let alone bringing them with me, so I don’t bother to anymore. I suppose that downloads are more common for me now, although I still do enjoy CDs for nostalgic purposes.

…and that’s it! Definitely reflected long and hard about these questions, but in any case, it’s been a fun one. I will tag ALL OF YOU who read(s) this to do this tag—you’ll enjoy it! Have a great day, lovely bloggers. 🙂

4 thoughts on “Music is Life Tag!”